The COVID-19 pandemic has exposed and radically widened pre-existing social cracks related to the quality and conditions of housing, employment, the digital divide and access to information. The impact of restrictive measures and teleworking has been very different between professions and economic sectors, thus exacerbating geographical inequalities and between pre-existing age and sex groups.  Thus, the gender gap in unemployment in the third quarter of 2020 has widened compared to the same quarter of the previous year, reaching a difference of 4 points (18.39% in women compared to 14.39 in men). On the other hand, the crisis has especially affected the social groups most vulnerable, who have seen their living conditions worsen more quickly and intensely, with the combination of health problems, loss of employment, difficulties in housing, in cohabitation and in care, and the widening of the educational and digital gap. In this sense, a recent report by Cáritas indicated that the increase in unemployment between the months of February and April among the most vulnerable population has been eight times higher than that of the whole of society, reaching up to 73%. Consequently, severe poverty (less than €370 for one person and less than €776 for two adults and two minors) has increased by 30%, now reaching one million people among the families that Cáritas is accompanying in Spain (Cáritas Española Studies Team, 2020).

However, as happened in other previous social and economic crises, the pandemic crisis has also enhanced and made visible other phenomena that already existed, but remained larval, as is the case of citizen solidarity initiatives. In this field of solidarity, the most remarkable has not been, despite its importance, the existence of initiatives of solidarity, of personal and individual character, nor the intensification of the efforts of the charities or socials to attend to all the “new poor” generated by the new situation, but the fact that many of the individual initiatives have been known to articulate a collective basis to meet the needs that the administration has not looked after properly. This has been done, in some cases, by adapting existing collective frameworks (associations, foundations, companies), and in others, by creating new platforms, often with the support of new technologies. Regarding the latter phenomenon, it is possible to find a global repertoire of these platforms in the SOLIVID project resource bank.

This networking of initiatives, carried out from below and not induced by the administration, goes beyond solidarity, since it has a transformative potential that makes it a process of social Innovation. According to Moulaert’s (2019) definition of this process, it would be “an innovation in social relations based on the values of solidarity, reciprocity and partnership” (P. 1); a “reconfiguration of social and spatial relations that presents a potential for social change or socio-political transformation on a large scale” (P. 39).

The challenge now is to consolidate and maintain this innovative potential of citizenship beyond the emergency situation, so that it constitutes a force for social transformation in terms of equity, inclusion and opportunities. In the words of the drivers of the collective initiative Frena la curva, “What remains of this innovative spirit after each crisis? how to propel it, extend it, hold it beyond the moments of emergency? How to create the conditions for innovation to become a normalized factor in everyday life?” (Sánchez and Antón, 2020, P. 16). In this regard, the analysis of the solidarity initiatives, developed during the first phases of the pandemic in the city of Valencia provides us with relevant information on the characteristics of the phenomenon and its possibilities of enduring over time.

The onset of the state of alarm and the adoption of confinement measures as a result of the health crisis generated in Spain, as in other countries, numerous initiatives of citizen solidarity, some of which were collectively articulated to support the different needs. For its analysis in the case of the city of Valencia, we start from the information collected by the SOLIVID project. It is a collaborative and non-profit open data Project, whose objective is the collection, dissemination and analysis of solidarity initiatives in the face of the COVID-19 crisis. By the end of 2020, this page had collected information on 2,500 initiatives in 28 countries around the world.

The initiative arises from research entities linked to the Autonomous University of Barcelona, and up to 32 research groups from different European and Ibero-American countries have joined it. In the Valencian Community, the INNODES research group of the Inter-university Institute of local development of the University of Valencia has been in charge of disseminating, supporting and collecting information. Our research group has been working for years on making visible, studying and promoting social innovation initiatives that involve the inclusion of civil society in the field of innovation, and which constitute a fundamental tool to address social challenges and promote smart, sustainable and inclusive growth, which builds resilient and inclusive societies. Here’s an example.

The information collected on this platform has been collected through semistructured interviews with a sample of entities responsible for the initiative of the City of Valencia. These have been the main results:

The identification and localization of the solidarity initiatives has shown the importance of urban environments. In the case of the Valencian Community, 54% of the 98 initiatives detected in the project results were located in the city of Valencia, while the other 15% appeared in the city of Alicante. Within the city of Valencia, it is concentrated in some specific neighborhoods, a spatial pattern that broadly coincides with that detected in previous similar processes (Salom et al, 2017), and that demonstrates the relationship that the birth of these initiatives has with the social capital of the environment in which they arise.

– Its purpose is diverse, but the most frequent objectives are support for the vulnerable population (31%), the formation of neighborhood support networks that develop different types of actions (16%), and support for homeless people (16%). Other initiatives focus on education, assistance and production of health materials, consumption and food, psychological support, etc.

– There is a great diversity of responsible actors, although associations and entities in the Third Sector (38%) and companies (31%) predominate. There is also the presence of local Government (13 per cent) and neighbourhood associations (13 per cent). 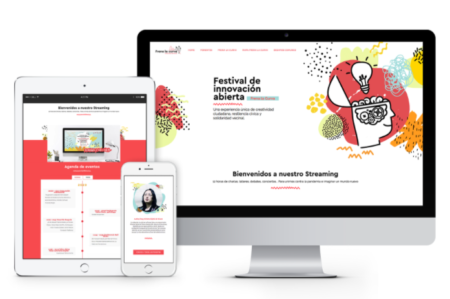 But perhaps the most relevant thing is that the interviews have made it possible to differentiate between two groups of initiatives: on the one hand, those that have been developed by entities that already previously acted in the community (foundations and NGOs, associations of neighbors, etc.), and that had previously developed other initiatives that we can define as social innovation. These entities have been able to adapt quickly to the new challenges, starting immediately, as soon as the confinement was decreed, actions that were still active until the end of 2020. On the other hand, we find a set of initiatives carried out mainly by companies, which developed a solidarity activity on a punctual basis, outside their usual scope of action, and which responded somewhat later (usually in the month of April), attending above all to the emergency health needs of the first wave (distribution of masks, manufacture of sanitary material, etc.). In this case, most of the actions ended with the end of the state of emergency, in June 2020.

These two types of promoters, in addition to their different previous trajectory, also show differences in their degree of interrelation with other institutional actors and community agents. Thus, while those in the first group have maintained a fairly dense network of cooperative relations with other local entities and institutions, those in the second group show a very low degree of connectivity. The difference in intergration, i.e. local rooting, of both groups of entities is obviously related to the existence of a previous trajectory at the community level, and seems to have had an influence on the medium-term durability of the initiatives developed.

The above description leads us, therefore, to underline some relevant ideas in relation to the social impact of the pandemic crisis:

– The pandemic has generated a wave of citizen solidarity initiatives, some of which could constitute an interesting process of Social Innovation

– The previous trajectory, the density and the position in the cooperation networks of the entities promoting the initiatives have had a strong weight in the capacity to adapt and respond to new challenges, as well as in the possibilities of consolidation and survival over time of the initiatives undertaken.

Therefore, these results lead us to emphasize the good news that in our citizen fabric there is a capacity to respond to the crisis is very much higher than it seems they have other institutional settings; however, this ability is linked to a previous path and to the formation and consolidation of networks of cooperation and collective learning among the various actors involved. Therefore, the objective of supporting a true ecosystem of social innovation must be a central factor in public policies if we want this capacity to be formalized into a tool to face social challenges and become a lasting element of social transformation.

Curbing the curve: union and collective responsibility against coronavirus